Civic rights in the lower and upper secondary school bodies

The class representatives: role and remit

If nobody obtains an absolute majority after the first round, a second round is held and the two candidates with the highest number of votes are elected.

What is the CVC? 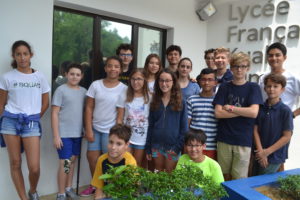 This is mostly about facilitating cooperation and cohesion between the pupils and reinforcing the sense of belonging to the school.

In its area of expertise, the CVC is a space where the lower secondary pupils’ word is thought of and analysed, where words are transformed into actions and annual projects facilitating the cooperation between the pupils (organisation of sport or cultural events, moments of togetherness, arrangement of the pupils’ living areas, etc.) but also between them and the adults from the educational community are defined. The CVC also enables to train the pupils in the operation of a collegial body which is a part of the school’s life.

What is the CVL?

The Upper secondary school life council (CVL) is compulsorily consulted on a certain number of issues linked to the school’s life:

It can also make suggestions on:

Managed by the Headmaster and supported by the Chief Education Adviser, these two bodies comprise of 10 pupils/students and their stand-ins, teachers, administrative staff and parents.

They meet at least once per term, generally before the School Committee (CE). The elected Vice-chairman of the CVL is invited to attend the CE meeting to represent the CVL and report the body’s recommendations and projects. 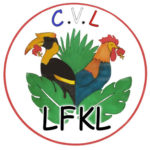 The LFKL High School Council begins a new year with a logo of its own.